Two Hartnell College students and their STEM internship experiences this past summer are featured in a just-released edition of “Inside California Education,” a monthly television series produced by the Sacramento-based station PBS KVIE and shared with public broadcasting affiliates statewide.

The broadcast highlights the contributions and learning of 2021 Hartnell graduate Jesus Delgadillo Ponce, who interned at the Naval Postgraduate School (NPS) in Monterey, and current Hartnell student Norma Citlally Lopez-DeLeon, who was the first-ever Hartnell intern at the Elkhorn Slough Estuarine Research Reserve near Moss Landing. 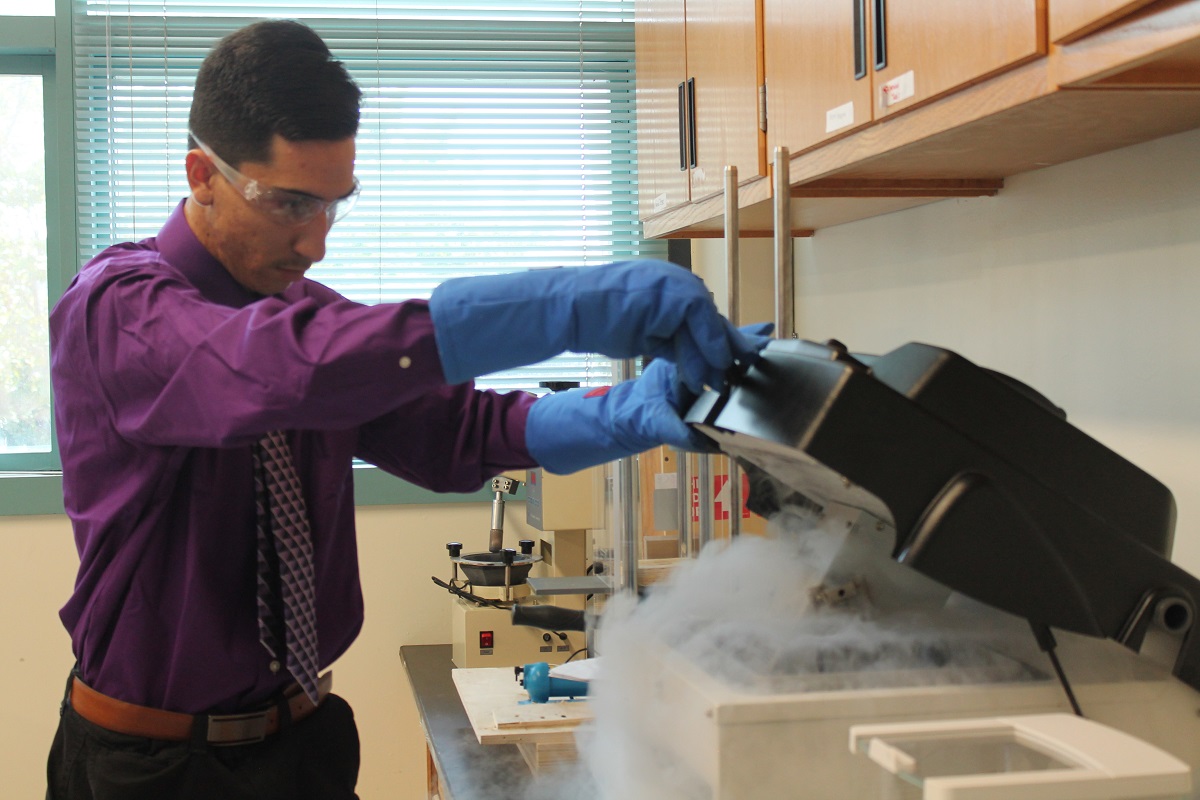 Since the Hartnell program’s founding with six interns in 2006, it has placed more than 1,200 students in undergraduate research and professional internships at such institutions as the California Space Grant Consortium, the University of California, Berkeley; the University of California, Santa Cruz; and the U.S. Department of Agriculture, as well as such private employers Food Origins, Mann Packing and SmartWash Solutions, a subsidiary of Taylor Farms.

Over the past five years, 84% of student participants have transferred to a four-year university, earned their Associate of Science degree or are still enrolled at Hartnell. Among those who transferred, 70% have earned or are completing their bachelor’s degrees.

Despite the limitations of the pandemic, 40 students participated in paid internships of eight to 10 weeks this summer, and, throughout the 2020-21 academic year, 129 more students completed 25-hour micro-internships, which offer a less time-consuming introduction to undergraduate research.

Regardless of its length, an internship “allows [students] to discover skills they didn’t know they had and learn more skills that are not necessarily things they get in the classroom but are so useful for their career in the workforce,” said Dr. Mohammed Yahdi, Hartnell’s interim dean of Science, Technology, Math and Engineering (STEM), who also appears in the segment.

Hartnell will recognize the achievements of its 2020-21 STEM interns with its virtual 15th annual internship symposium to be held via Zoom at 12 p.m. on Nov. 12, including students’ panel presentations about their experiences. The annual Andy Newton Partner Award will be presented to an individual who made a special contribution to the internship program’s ongoing success. 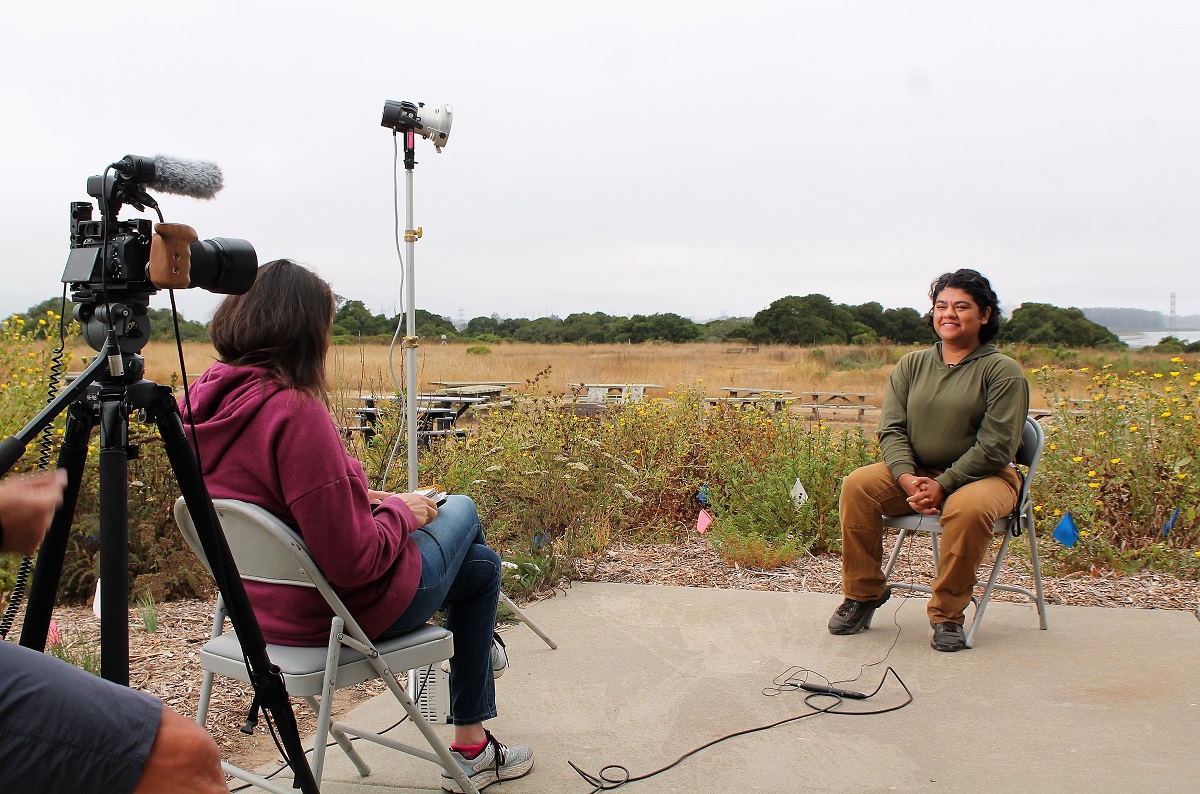 KVIE Public Television taped the five-minute Hartnell broadcast segment at NPS and Elkhorn Slough on July 29-30. Producer Christina Salerno worked on the project with Martin Christian, KVIE’s director of photography, after receiving information from the college’s director of communications and marketing, Scott Faust.

“Hartnell responded to a call for story ideas, and ‘Inside California Education’ thought it was a really strong story,” Salerno said.

The first Hartnell STEM intern featured is Lopez-DeLeon, a 2018 graduate of Everett Alvarez High School in Salinas, who last fall also participated in a group micro-internship analyzing the genome of the strawberry aphid, an agricultural pest. She plans to graduate in May with a degree in biology and then transfer to a school, yet to be determined, to pursue her career goal in veterinary science, with an emphasis on birds, reptiles and amphibians.

Lopez-DeLeon’s work in both ecosystem stewardship and public education at the Elkhorn Slough reserve was so successful that she has continued to volunteer leading a seasonal “Art Under the Oaks” trail walk, highlighting native species through the changing seasons, next scheduled for Nov. 13.

From mid-June through August, Lopez-DeLeon spent three to four days a week doing field stewardship work, including removing and documenting invasive plants and optimizing habitat for native species. On the remaining days, she did outreach work – first via Zoom and later in person, educating the public on the role of the Elkhorn Slough estuary in the health of the Monterey Bay. Among her many accomplishments was translating trail signs and youth materials into Spanish. 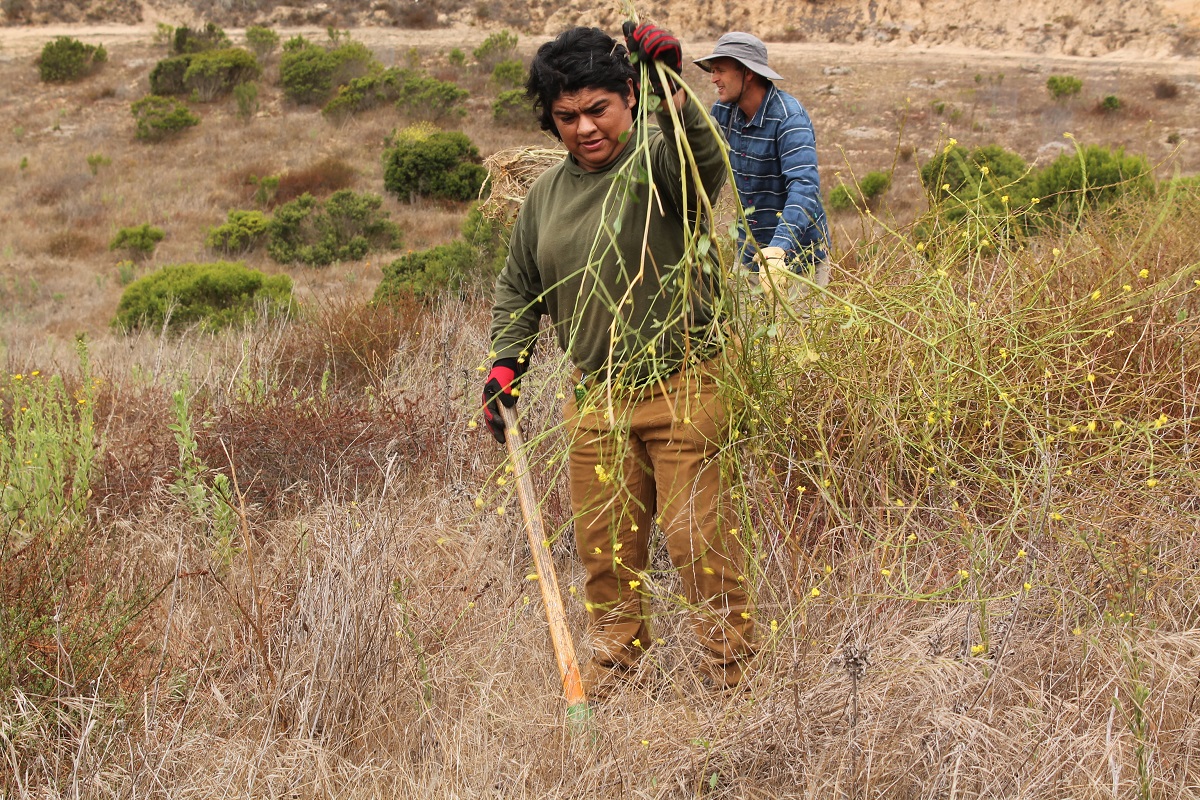 “I got a really unique view of the stewardship side, the education side and I even got to see a glimpse of what the administrative side of wildland restoration was like,” Lopez-DeLeon said, “and I also got hands-on experience in doing one of those projects and leading the public education on what restoration is and what it entails.”

Her primary mentor at the Elkhorn Slough, Ariel Hunter, offered high praise for Lopez-DeLeon’s eclectic and creative contributions over the summer, saying she “set the bar high for all future interns.”

“She was definitely promoting the health and well-being of the ecosystem in general – not just by removing the [invasive species], but also by working on the natives and some of the endangered species,” said Hunter, the reserve’s community outreach and volunteer coordinator.

The second Hartnell intern featured on KVIE’s “Inside California Education” program was Delgadillo, who graduated this summer with a degree in engineering and is now studying civil engineering at Fresno State University. He previously completed three micro-internships through Hartnell, including a team project last fall to create an infrared thermometer using an Arduino microcomputer, organized by the California Space Consortium.

At NPS, Delgadillo was assigned to investigate how highly durable plastic parts might be produced in the field by using a 3-D printer to blend common plastics with carbon crystal and boron carbide hardening agents. He was part of a team that included a student from UC-Berkeley and was mentored by Dr. Andy Nieto, an assistant professor in NPS’ Department of Mechanical and Aerospace Engineering.

Delgadillo said that at first he was frustrated by technical difficulties he encountered, but that he benefited from Nieto’s reassurances that such challenges are an inevitable aspect of research.

“I learned the lesson of, I guess, if you fail enough, you’ll succeed eventually,” he said. 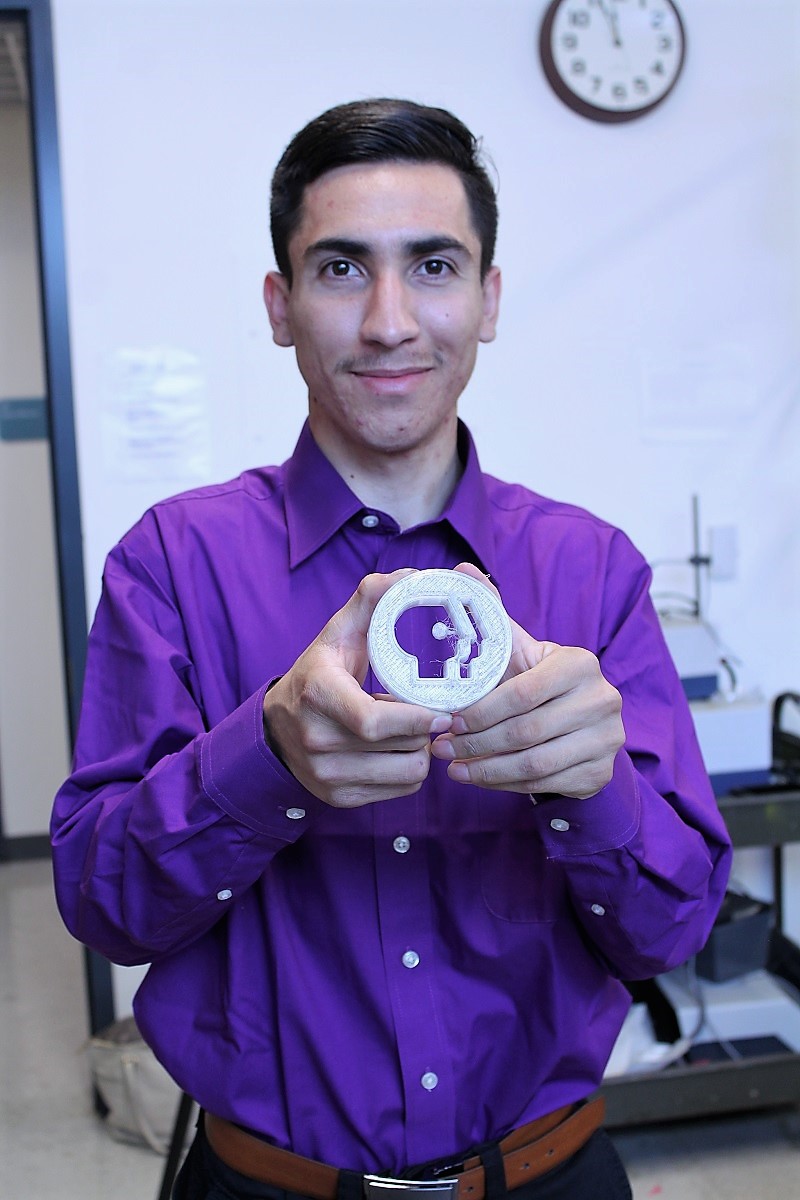 Nieto was so pleased with the results of Delgadillo’s work on the composite plastics that he has invited him back to NPS next summer to continue the research, describing the findings as highly meaningful and worthy of scholarly publication and presentation at a scientific conference.

“He made materials that haven’t been made anywhere else before,” Nieto said. Potential applications include creating lightweight plastic parts that are not only resistant to wear and tear but also to chemical breakdown caused by sunlight’s ultraviolet rays, with the added benefit of being producible in remote locations with 3-D printing.

Working side-by-side with students from some of the nation’s top universities, Nieto said Delgadillo “got to see that hard work is more than an equalizer.”

“I think by the end of his internship he’s at a stage where he can present his work at a very high level,” he added. “I think he really took advan

For his part, Delgadillo is weighing his options between sticking with civil engineering or possibly steering toward a master’s pro

gram in materials science, inspired by his work at NPS. But no matter what, his internship experiences have made him confident about his future.

“I don’t know if this might sound a little arrogant or something,” he said, “but I’m at the point where I’m not entirely concerned that I won’t get a job once I graduate.”