We can proudly say that many of our HEP graduates go on to accomplish great things in education and in the work force! Below you will find the personal stories (in their own words) of some of our graduates.We hope you agree that their resilience and determination serve as inspiration, but more importantly, validation that you can do it too! 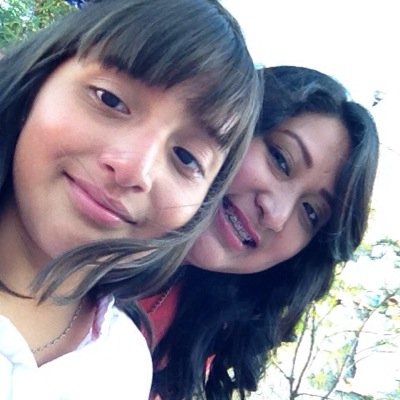 “I want to have another mommy!  I don’t want you because you don’t spend time with me, you don’t take me to school when its open house, and you don’t even have time to play with me!” exclaimed my 4-year-old daughter Emily with tears running through her cheeks. With my heart broken and tears in my eyes, I hugged my daughter and tried to explain to her why I didn’t have time to do all those things with her.

That afternoon Emily and I were having dinner together because I woke up at three in the morning that day to go work at Ross, a department store, and after that I went straight to Hartnell College to attend my classes and I just had enough time to run home and eat with my daughter so I could go back to the college and work at the High School Equivalency Program (HEP) where I would be working until nine at night.  This was my daily routine.  She would spend more time under my mother’s care and my brother would be the one to take her and pick her up from school.  My daughter, just like myself, was struggling to adjust to her new life in the United States.  I was born in California, and was taken to live in Mexico when I was two years old.  I returned with my mother and brother when I was 20, just to renew my U.S. passport, but due to the bad economy in Mexico, we all decided to start working in the lettuce fields.  Three months later, I returned to see my daughter in Mexico, because I had left her with my husband and she was getting sick because I was not with her.  Seeing the hope of a better future in this country, I decided to bring my husband and daughter to live in the United States with me.  I brought my daughter over one year later and this is when she started resenting me.

Emily was waiting for my explanation.  I sat down with her and explained that life was tough in Mexico, because money was scarce; therefore, we sometimes struggled to have enough food to eat.  She seemed to be remembering and continued crying.  I asked her if she wanted her daddy to be with us and she said yes.  I then told her that in order for her daddy to come live with us I would have to continue working very hard in my two jobs and just like her, I was going to study a lot and get good grades, so I could learn English and in a near future work towards a degree.  I told her that I sometimes felt lonely, too, and that I also wanted to return to Mexico, but we were both going to work towards our dream of a better future.  Emily smiled, wiped her tears and said to me, “My daddy is going to come soon and work hard, and when you finish school, we are going to have a big house, go on vacations together to Disneyland and you are finally going to have more time to play with me, right?”  “Of course, sweetie,” I replied.

Four years have passed, and my husband and daughter are by my side, as well as my mother and brother.  I am now three years away from obtaining my bachelor’s degree in Computer Science from CSUMB and Hartnell College (CSIT in 3) and it seems like a dream.  My daughter Emily is now my greatest motivator and she wants me to succeed.  She knows that all our hard work will pay off one day.  Having obtained my GED from HEP and having worked there, as well, I learned to value the tenacity of my community when granted an opportunity to better themselves.  I would love to return to my community and continue helping the children by creating computer-based programs that will help them compete in tomorrow’s technology-driven careers, whether it’s through teaching and/or designing the programs themselves.  One of my goals after graduating from the Computer Science and Information Technology program is to find a job in a big company such as; Google, Apple, Facebook and many more. To create a big impact, since I have many ideas that I want to share with them in order to improve lives in my communities. 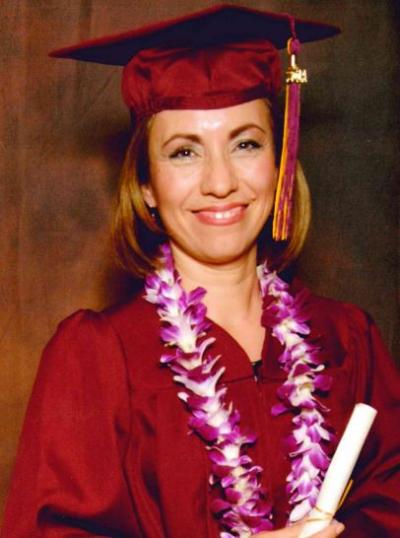 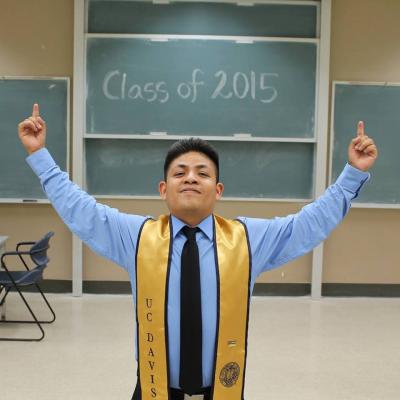 My name is Floriberto Garcia. I was born and raised in a small town in Oaxaca, Mexico. I come from a family of seven that has always struggled with a lack of financial resources and opportunities to improve our lives. In my native country, my siblings and I did not have the opportunity to continue our education beyond primary school because my parents did not have the money to pay our tuition and to support our family. For this reason, I looked for different alternatives to help my family, since money has always been a major concern.

In March of 2000, when I was only 16 years old, I decided to migrate to the United States in order to help my family financially. Once I arrived in the United States, I began working in the fields cutting lettuce and broccoli in Salinas, CA, as well as in Arizona. I performed this job for approximately seven years, until one day while working I asked myself whether I wanted to work in the fields for the rest of my life. After considering my situation, I decided that I had to return to school, learn English and then pursue a higher education in order to obtain a better job that would bring financial stability for my family. Consequently, I enrolled at the Salinas Adult School to learn English.

The new transition was very difficult for me at times, as there were a few occasions when I wanted to give up on adult school. Learning after spending ten hours working in the fields left me continuously exhausted. With work during the day and study in the evenings, there often wasn’t time for me to eat properly. Each day was filled with choices like eating a meal or getting to ESL class on time. Those were really difficult times, but all I wanted to do was to learn English and be able to continue my education. I knew I needed guidance to determine my educational path, but I didn’t always know where to find it.

Fortunately, one day in class, I met a staff member from HEP (High School Equivalency Program) named Julia Mena, who presented information about the services HEP was offering to people who would be interested in obtaining their GED. I was both happy and eager for the information and opportunity that HEP presented me with, mainly since I was looking for this type of information in order to continue with my goal of obtaining a higher education. Hence, in May of 2008 I enrolled in GED courses that were offered at Hartnell Community College through the HEP Program.  By the end of 2008, I had passed all of the required exams for GED. Without wasting any time, in January of 2009, I enrolled in a vocational training at CET (Center for Employment Training), in San Jose in order to avoid going back to working in the fields. After completing my training in Auto Repair, I enrolled at Hartnell Community College to take ESL classes with Carlos Chavez' assistance. This was a major step in my journey because it provided me with an actual school environment that I had not experienced since primary school. In January of 2010, I started taking classes toward an International Business major. Being in school brought me joy, the prospect of better job opportunities, and the knowledge that I was doing everything I could to support my family.

While I was working on my Associate Degree at Hartnell College, I had the opportunity to become a HEP staff member. As a staff member, I’d have the chance to assist students with similar backgrounds to mine in achieving their dreams of obtaining their GED Certificate. Moreover, this opportunity helped me acquire experience in a different work environment and developed different skills that I continue to utilize today. Although I really enjoyed my job in the HEP Program, I had to move on to the next phase in life due to graduating from Hartnell in spring of 2013. After graduating with an associate degree in Social and Behavioral Sciences, with the suport of  the TRiO program,  I was able to transfer to UC Davis to continue my education, and obtain a bachelor’s degree in Sociology with an emphasis in General Social Work.

I began my senior year at the University of California Davis during Fall of 2014. I can now proudly say that I am a UC Davis Alumni, class of 2015! I look forward to applying to a different University in order to continue with my education and achieve a Master’s Degree in School Counseling. Although my journey has not been easy, I remain optimistic that all of my hard work will bring a big pay off into my life. The years I spent juggling multiple responsibilities taught me that nothing worth having comes easily. With hard work, and a set mind toward your goals, you will be able to achieve your dreams. 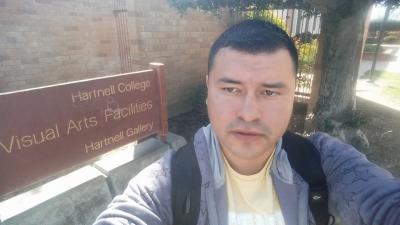 It all began when I enrolled in the ESL courses that Hartnell College offered and sat-in on an orientation offered by Emily Zuniga at King City where she gave information on Hartnell. Emily immediately had me contact Roberto Garcia who looked for me and explained that HEP would pay for all GED exams with the condition that I, or an immediate family member, be employed in agricultural field work.  I met the requirements and in a short time began taking classes to prepare for the GED. They offered me books and material needed for class, but I was afraid to take the exams.  Once I took the first exam I noticed positive results, so I was so encouraged that I began to take one test after the other and in less than five months I had completed all five exams. Months later I received the certificate by mail and participated in a recognition ceremony at Hartnell College where I felt very proud of my accomplishment.  That was a huge step for my life and many opportunities have arisen because of it.

Currently Manuel is studying and working at Hartnell College as a computer technician. His goals are to continue studying and graduate from college and the university and at the same time motivate students to study.