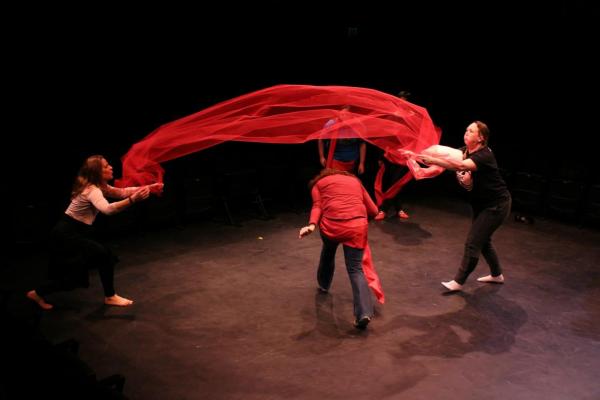 Playwriting & Screenwriting , introduces students to the craft of dramatic writing, culminating in the completion and the staged readings of student-created performance scripts (Recommended for students interested in transferring into a four-year Film program)

Acting for the Camera , gives students an opportunity to explore differences between stage acting and acting for camera and video, through recorded performance of scenes and commercials (Recommended for students interested in Film or Theatre Arts)

Theatre for Social Change , Provides students with an understanding of the broad applications of theatre in the social sphere, as harbinger of change, justice, education, and civic engagement.

Chicano Theatre ,  examines the rich history and ongoing developments in the culture and identity of the Chicano through exploration of the historical and contemporary Chicano way of life illustrated in stage production.

Fundamentals of Theatrical Design , provides students with an overview of scenic, lighting, costume, sound, and properties design, with plenty of opportunity for creative application (Recommended for students interested in transferring to a four-year Theatre Arts program)

Puppetry and Mask , explores puppet and mask design and creation, including manipulation, improvisation, and production techniques for the theatre and beyond (Recommended for students interested in Film or Theatre Arts)

Voice and Movement , explores how voice and movement enhance the range of one's vocal and expressive skills, with emphasis on contemporary developments in theatre arts (Recommended for students interested in transferring to a four-year Theatre Arts program)

More courses on the way!  Including: Television Studio Production, Radio Production, Documentary Film Production & more!  Plenty of production opportunities available – through The Western Stage, and the academic theatre program – including upcoming involvement in the Kennedy Center American College Theatre Festival and others!   See our website or contact Dr. Glazier: mglazier@hartnell.edu for info!