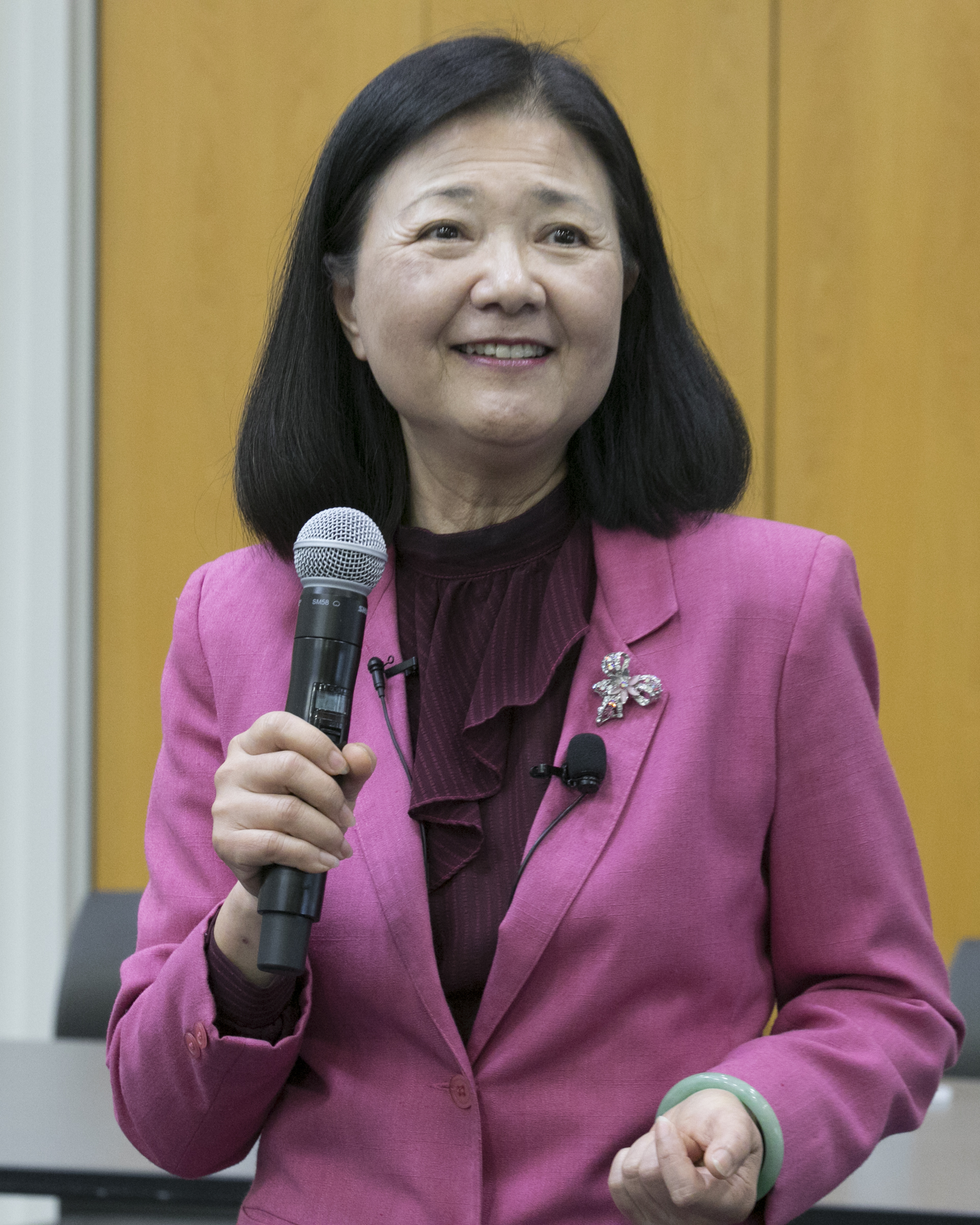 Following a discussion in closed session, the Governing Board voted 6-1 for a three-year contract with Dr. Hsieh, one of three finalists who visited Hartnell in June for public forums and board interviews. Student Trustee Samantha Saldana also voted yes. The opposing vote was cast by District 5 Trustee Ray Montemayor.

Dr. Lewallen, who became superintendent/president in May 2012, announced in January that he would retire effective Sept. 30. During his seven-year tenure, Hartnell has nearly tripled the number of degrees and certificates it awards, made steep gains in transfers to four-year universities and won voter support for a $167 million bond measure funding new outreach centers and campus modernization, called Measure T.

Dr. Hsieh (pronounced SHEE-ah) is in her 14th year as president of Miramar, which is one of three colleges in the San Diego Community College District and has an enrollment of approximately 16,000 students. She has broad experience and background in teaching, student services and community college administration.

Hartnell Board President Aurelio Salazar Jr. said that the vote represented “a clear statement of confidence in Dr. Hsieh’s qualifications and ability to serve and lead” Hartnell.

“It will be incumbent on all of us in the Hartnell campus community to work together, with her leadership, to uphold our mission, vision and values,” Salazar said, “including what has become our college’s mantra – ‘Students First.’”

Dr. Hsieh, who was not present for the vote, thanked the board for its support and pledged to serve Hartnell College and its students.

“With continued advocacy for Hartnell College, the Hartnell Community College District board is committed to making the best and informed decision for their students,” she said. “I want to thank board President Aurelio Salazar Jr. for his kindness, professionalism and leadership during this search process. I am grateful to have the opportunity to join with such an effective and responsible board to carry out the college’s mission and vision, always putting students first.”

The contract calls for Dr. Hsieh to begin employment on Sept. 16. Her annual salary will be $271,565, the same as Dr. Lewallen’s current salary.

Dr. Hsieh said she will join with Hartnell employees and the college’s community partners to maintain its growth and progress through ongoing assessment and continuous improvement.

“I look forward to working with Hartnell’s board and its passionate faculty, staff and administrators to build upon the college’s impressive achievements and to enhance its ability to serve the deserving students and communities,” she said.

In Salazar’s statement before the contract vote, he described the district’s selection process as “clear and deliberate,” with opportunities for public input and including extensive research by an executive search firm and board members themselves into Dr. Hsieh’s background, particularly her work as president of Miramar.

“Selection and oversight of the college leadership is our greatest responsibility,” he said. “We included the community in our process, but the final decision is that of the board.”

Dr. Constance Carroll, chancellor of the San Diego Community College District, said in a July 18 letter to the Hartnell board that Dr. Hsieh has contributed greatly to Miramar’s success during her years as president.

“Although she will be greatly missed by the San Diego Community College District and the broader community,” Carroll said, “I am pleased to give her my highest endorsement. I know she will be a great asset as a leader for your institution.”

In her work at Miramar, Dr. Hsieh has expanded student access, guiding growth from an annual enrollment of fewer than 5,000 full-time-equivalent students (FTES) to more than 10,000. Like Hartnell, the college also has achieved consecutive yearly gains in student completion. Both schools have Latino student enrollment that meets requirements for federal designation as a Hispanic Serving Institution.